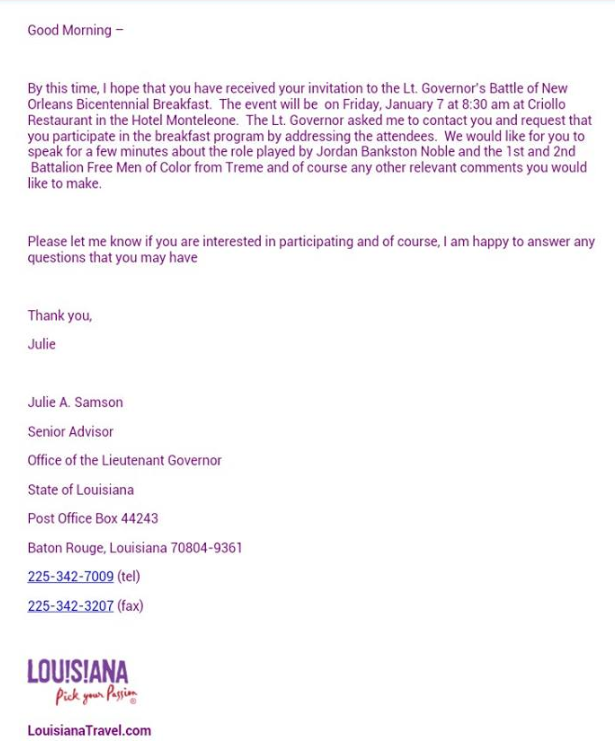 Alex Trapps-Chabala began, at age 15, to research his 5th Great Grandfather, Jordan B. Noble, a drummer in Andrew Jackson's militia who played an important role in the Battle of New Orleans. Alex will be attending commemorative events to mark the 200th anniversary of the Battle of New Orleans. While there, he will be presenting information on the life of his ancestor, who gained fame throughout his life both for his music and his role in the history of New Orleans. The grant award will fund copies of records at the New Orleans Public Library to help further Alex's research.