This is the third in a series about the ancestry of the First Lady. The previous segments can be found here:

Among the half million African Americans who moved to Chicago during the Great Migration were a number of Michelle’s relatives, and they hailed from Alabama, Mississippi,  Georgia, Louisiana, South Carolina, North Carolina, Virginia, Tennessee, Kentucky, Missouri and the southern part of Illinois.  In fact, of all the southern states, only Florida, Arkansas and Texas did not hold a piece of her family’s past. 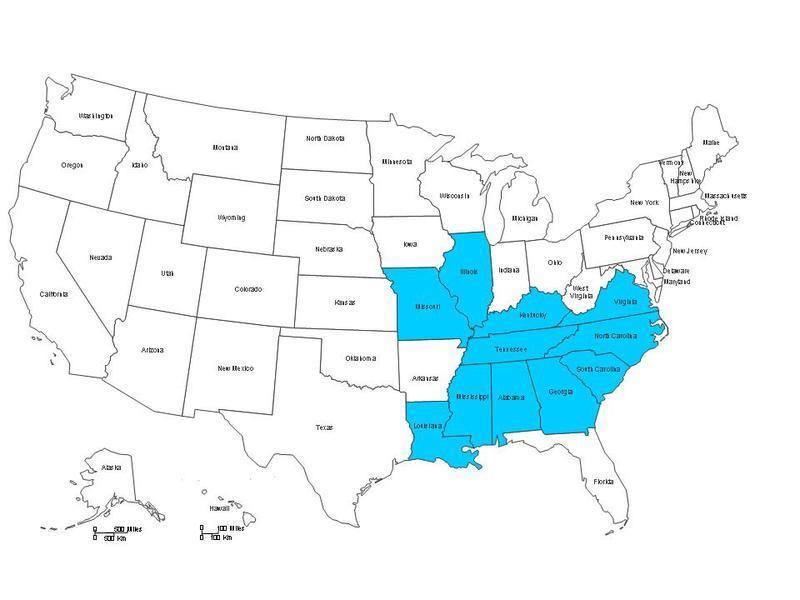 In a sense, the Great Migration could also be considered a “great mixing,” and Michelle’s ancestry includes as much diversity as anyone’s.  With the exception of individuals of recent African or Caribbean origin, most African Americans have deep roots in America extending back several centuries.  Enslaved Africans were brought to America as early as the 1620s and almost all were here by 1825, so family trees typically reach back 200-400 years on this continent.  In spite of this, by the time the Great Migration began, there were still pockets of what might be termed African homogeneity in the South.

It’s a harsh reality that some slave traders and owners had regional preferences.  For instance, many in South Carolina and Georgia preferred slaves from the rice-growing region of West Africa (roughly the coastal area stretching from Senegal down to Liberia) because they were regarded as being better suited to the climate and work, as well as more resistant to malaria.  As a result, it was possible for the majority of slaves associated with a particular plantation or locality to have roots that would, if we had the means to follow the trail, trace mostly back to present-day Sierre Leone, for example (DNA testing now provides at least some prospects in this regard.).  When the descendants of these somewhat insular communities joined the steady stream of traffic heading north, it was inevitable that they would meet, mingle and marry people from other states who sported different backgrounds – and that’s before factoring in the white and Native ancestry many also carried.  Consequently, the Great Migration produced a considerable mixing of everything from traditions to gene pools.

Michelle is very much a legacy of both the Great Migration and the inherent mixing that accompanied it.  In fact, it’s almost as if an unseen force reached down with impressive regularity – at the rate of a branch of her family tree per decade – to scoop up another eventual ancestor from the South to bring to Chicago.  It also happened to be a ladies-first situation with her future grandmothers’ families leading the way.

The parents and half dozen older siblings of LaVaughn Delores Johnson, Michelle’s paternal grandmother, were the Chicago pioneers, arriving in the first decade of the twentieth century and bringing with them a mélange of Kentucky, Louisiana, Mississippi, Missouri and Tennessee roots.  Her mother’s family had resided in Illinois (though not Chicago) since the 1860s, while her father spent his early days in Louisiana and Mississippi.  Second on the scene was her maternal grandmother, Rebecca Jumper.  Virginia-born, but taken to North Carolina as an infant, Rebecca was sent North in the 1910s to be raised by an aunt and uncle.  Next up was maternal grandfather Purnell Shields who came from Birmingham, Alabama with his mother, sister and step-father in the 1920s.  His mother Annie was the only great-grandparent Michelle would actually know, and Michelle and her family would eventually live in the second floor apartment of the home owned by Robbie Lee, Purnell’s sister.  Though this family came from Alabama, their heritage extended back through Georgia and ultimately to South Carolina and Virginia.  Bringing up the rear of this decade-by-decade migration was Fraser Robinson, the grandfather whose surname would become Michelle’s maiden name.  Born and raised in South Carolina, Fraser made his appearance in Chicago in the early 1930s.  Last to arrive, he was also the only one to return to the place of his birth, retiring to his hometown after 40 years of cold winters.

The merging of these assorted branches came about through the marriages of LaVaughn to Fraser and Rebecca to Purnell – and of their children, Fraser III and Marian, some decades later – but each limb of Michelle’s family tree arrived in Chicago with its own past and created a bit of history there before Michelle was born.  What follows is a brief introduction to the cast of ancestors who would unknowingly bequeath not only their DNA, but also a combination of their habits, beliefs, aptitudes and hopes to a future First Lady.