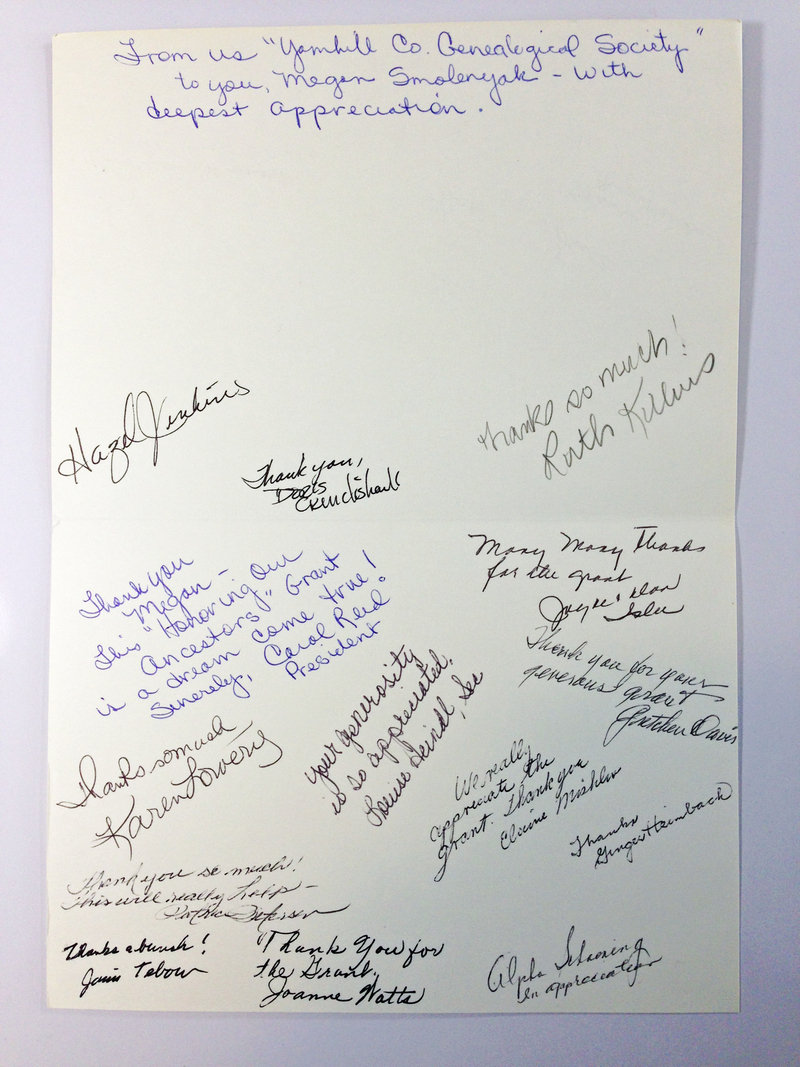 May 2015 will be the 15th anniversary of my genealogy grants program. Initially called Honoring Our Ancestors, I did just that when I renamed it after my mother - Seton Shields - several years ago.

So 182 grants later, I was debating what to do to mark this milestone, and finally decided to give a peek behind the scenes by sharing some of the thank you notes I've received over the years. This will help give a sense of the variety of both recipients and objectives.

I'm not going in any sort of logical order. Instead, I've just opted to post a random thank you note whenever the mood strikes, and will continue to do so at least until the May 2015 grant.

First up is Yamhill County Genealogical Society from Oregon. Way back in May 2005 on the 5th anniversary, I gave five grants to mark that milestone, and YCGS was one of them!